Origins of the Band 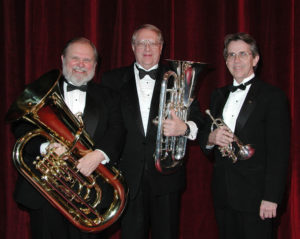 The Lake Wobegon® Brass Band was originated by three founding members at the Anoka Coffee Shop on a Saturday morning in early 1992.  Two of them had attended the 1991 North American Brass Band Association (NABBA) National Contest in Iowa and returned inspired to turn their dream of a Brass Band “right here in River City” into reality.  Charles Olson was asked to become conductor and music director.

Music was borrowed from the Sheldon Theatre Brass Band in Red Wing, MN.  Potential band members were contacted, and the first rehearsal was held on February 29, 1992, at Anoka-Ramsey Community College.   Monthly rehearsals followed during the spring, and in June the band hosted a Yamaha-NABBA Brass Band Workshop.  Dr. Paul Droste, President of NABBA and conductor of the Grand Champion Brass Band of Columbus, was guest conductor and clinician.

In the interim, hometown hero Garrison Keillor was contacted regarding the band assuming the name of his “hometown.”  He responded, “I’m happy to give my permission.  The only condition is that you will let me know when the band is formed…and that at some mutually convenient time, you’ll play at a picnic for me.  Good Luck.”

The LWBB is now a proud member of NABBA, and is comprised of educators (music and otherwise), professional musicians, and several who have vocations outside the musical world.  We have been happily rehearsing and amazing ourselves since September of 1992.  Many of the original members are still with the band.

LAKE WOBEGON is used by permission of Garrison Keillor and Minnesota Public Radio.  The Lake Wobegon Brass Band has no official affiliation with “Prairie Home Companion.”

The LWBB has toured the United Kingdom on two occasions.  In July 2001 the band made a “pilgrimage” tour to England and Wales, which included shared concerts with the Bournemouth Concert Brass, the Tongwynlais Temperance Silver Band, and the ASDA Stocksbridge Band, as well as solo concerts at a folk museum, a country church in Birstwith, and the first-ever performance by an American brass band at the 120th Sandringham Flow Show in King’s Lynn, England.

The LWBB returned to the UK in July 2005 for a tour of Northern England and Scotland which featured shared concerts with the Easington Colliery Band and the Perthshire Brass, in addition to solo concerts at the Alnwick Playhouse and Callender Kirk.

The band has been privileged to perform by invitation at a number of music educators’ conferences:  the Minnesota Music Educators Association’s (MMEA) Mid-Winter Clinic, Minneapolis (1997 and 2012); the National Convention of the American School Band Directors Association (ASBDA), Duluth (2002); the Music Educators National Converence (MENC), Minneapolis (2004); and the Vintage Band Festival in Northfield, MN (2006, 2010, and 2016).

On July 4, 2009, the band was also honored to participate by invitation in the 35th anniversary show for “A Prairie Home Companion®” with Garrison Keillor.  In addition to rehearsing pieces on stage with Mr. Keillor throughout the day, the band played three selections in the production before a live audience of an estimated 8,000 people in Avon, Minnesota, as well as to the millions who tuned in to Minnesota Public Radio nationally and internationally.

In February, 2012, the band premiered its commission, “Beyond Far Horizons,” at the MMEA Mid-Winter Clinic, St. Andrew’s Lutheran Church (Mahtomedi, MN) and the University of Minnesota – Duluth, with composer Philip Wilby conducting as part of his 10-day residence with the band.

Two weeks later, the LWBB celebrated its 20th anniversary with a sellout concert, a 20-year retrospective program, and a large complement of past performers augmenting the band for the final pieces on the program.

May 14, 1994 – Shared performance with Garrison Keillor at the Anoka Library Centennial Celebration

December 9, 1996 – Premier of our first arrangement – “Lullaby on Christmas Eve” by J. Engebretson

July 30, 2000 – Performance at The Vintage Band Festival in Northfield

July, 2001 – Performance Tour to England and Wales with Presentation to the Queen Mother and Charles, Prince of Wales 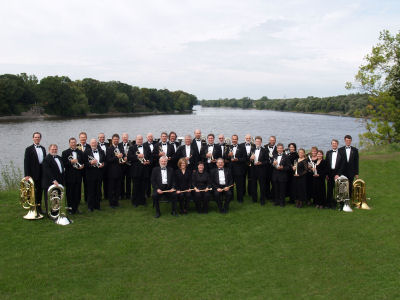 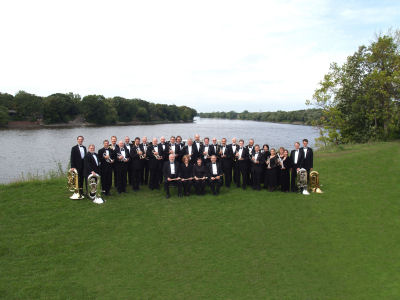 July, 2006 – Performance at The Vintage Band Festival in Northfield

July 4, 2009 – Live performance on the 35th Anniversary Show of A Prairie Home Companion

August 7, 2010 – Performance at The Vintage Band Festival in Northfield: 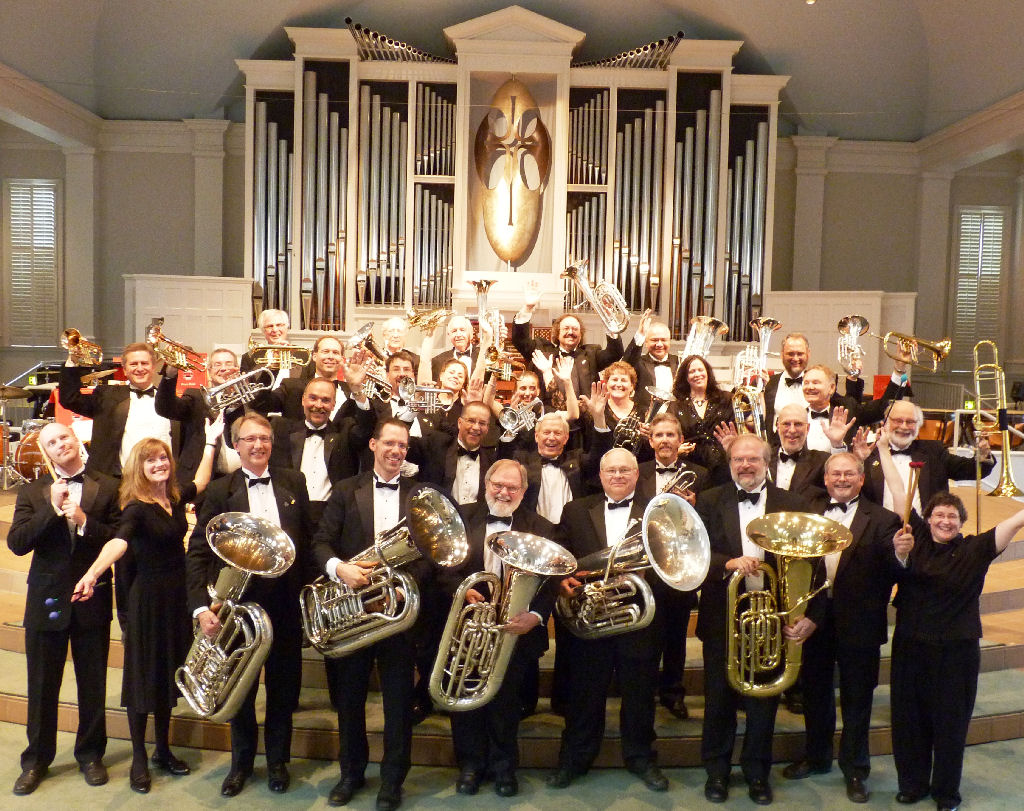 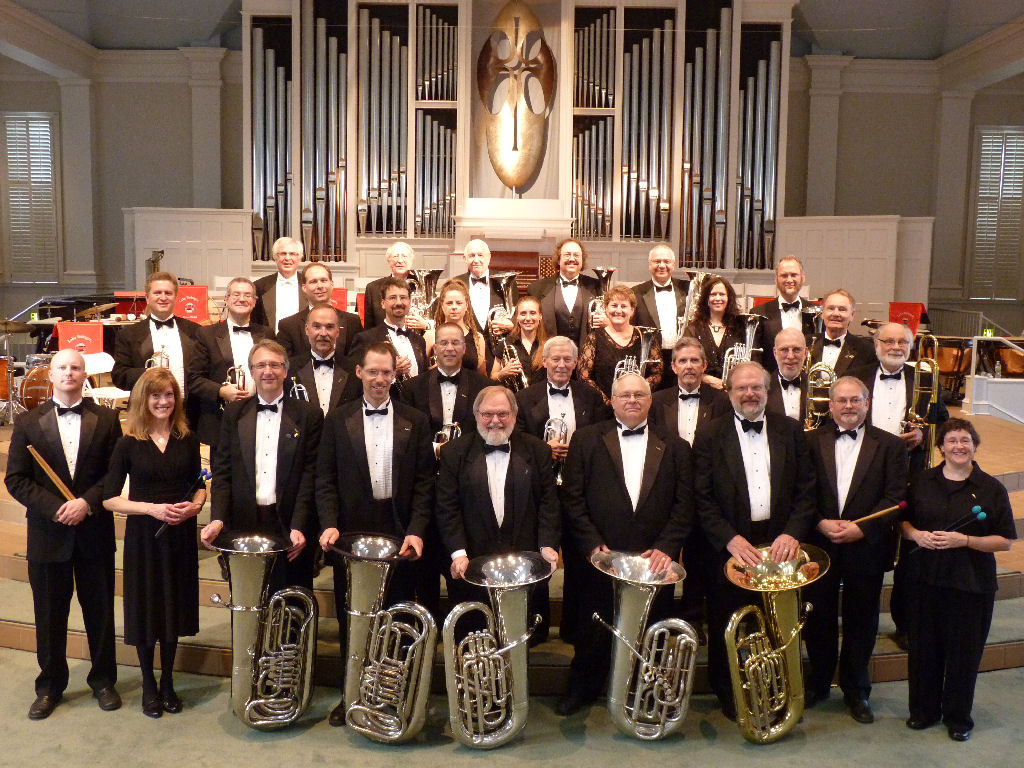 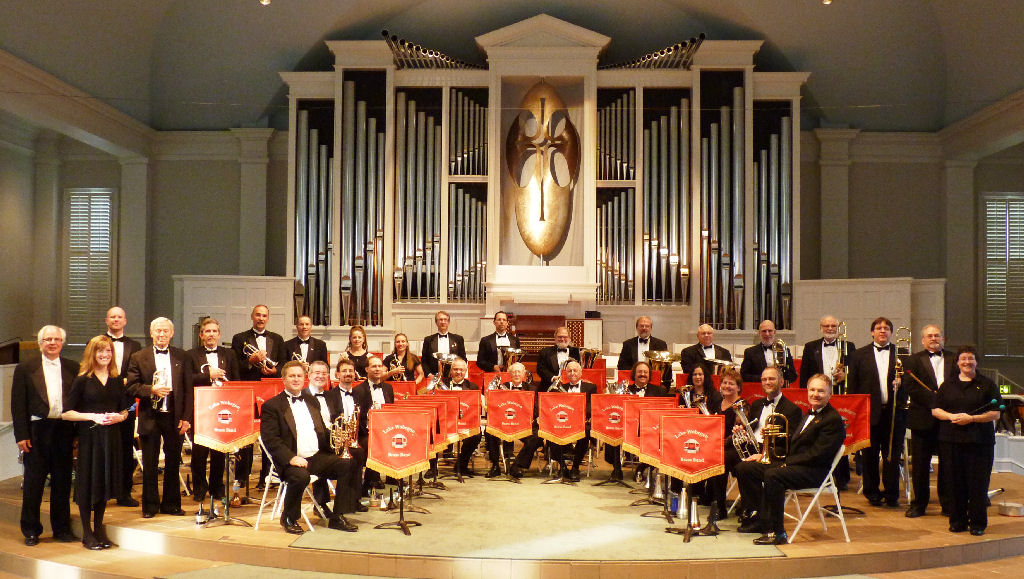 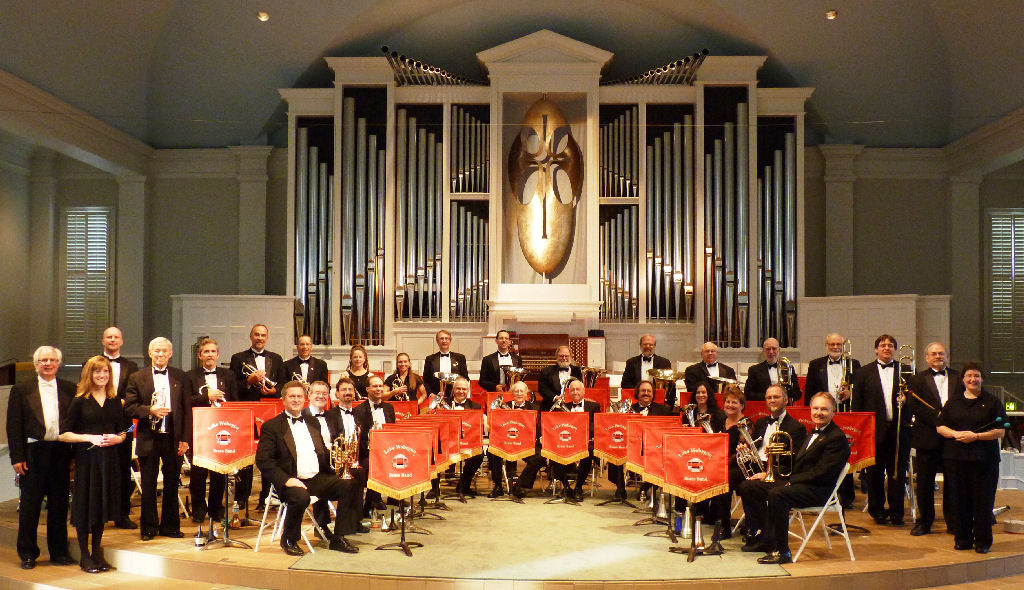 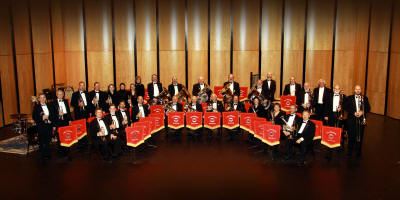 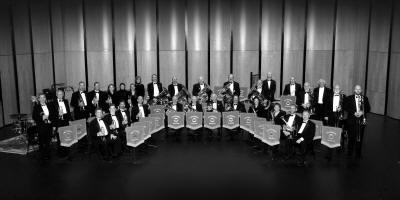 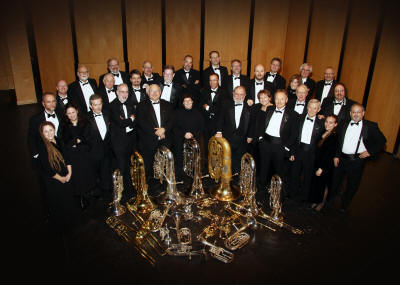 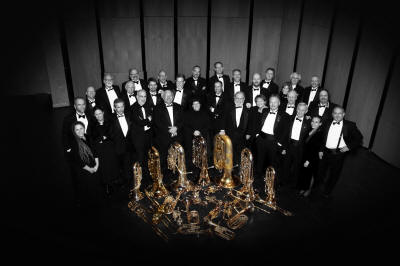 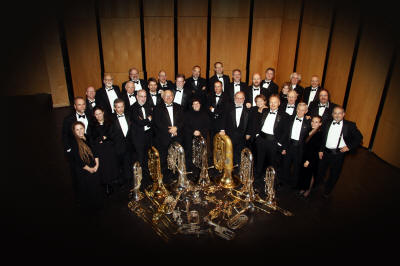 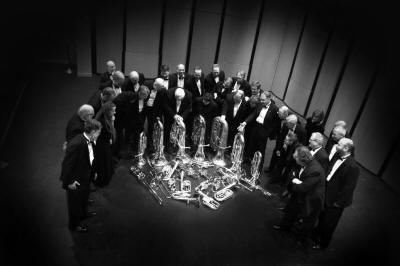 February 16, 2012 – Performance of “Beyond Far Horizons,” written especially for the LWBB by Philip Wilby, who conducted the world premier at the Minnesota Music Educators Convention

July 2015 – The band’s third tour of the United Kingdom, including performing with the legendary Black Dyke band.

July 31, 2016 – Performance at The Vintage Band Festival in Northfield

March 3-5, 2017 – Performance of “The True and Tender North,” written especially for the LWBB by Philip Wilby, who conducted the world premier